Why Visit The Serengeti National Park?

Why Visit The Serengeti National Park?

The world is divided into good and bad so that everything can be balanced equally in nature. Let it be us as human or Serengeti as a place, 100% perfection is quite impossible. You would have known about the best things about Serengeti National Park while having the Tanzania Safari Tours so here we will discuss positivity followed by the negativity. Follow each word briefly to learn the detailed about this place. 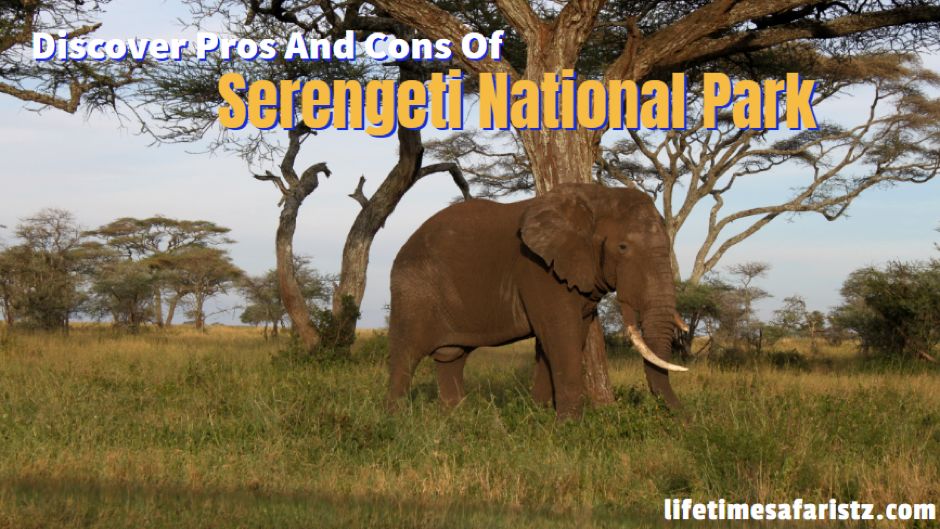 Why Visit The Serengeti?

Because it is the 2nd largest National Park Of Tanzania, or it is the wonder, Africa. These are just 2 reasons and there are several reasons which can attract you towards it which are mentioned below. Though you know a lot about Serengeti then also let us remind its key points again like:

There are many pros behind to make an excuse to visit this incredible place during Tanzania Safaris, out of which some of them are mentioned below like concentration of wildlife, great migration, the population of big cats, many places are near to it, the big 5, and its sunset.

These are the advantages of Serengeti National Park: 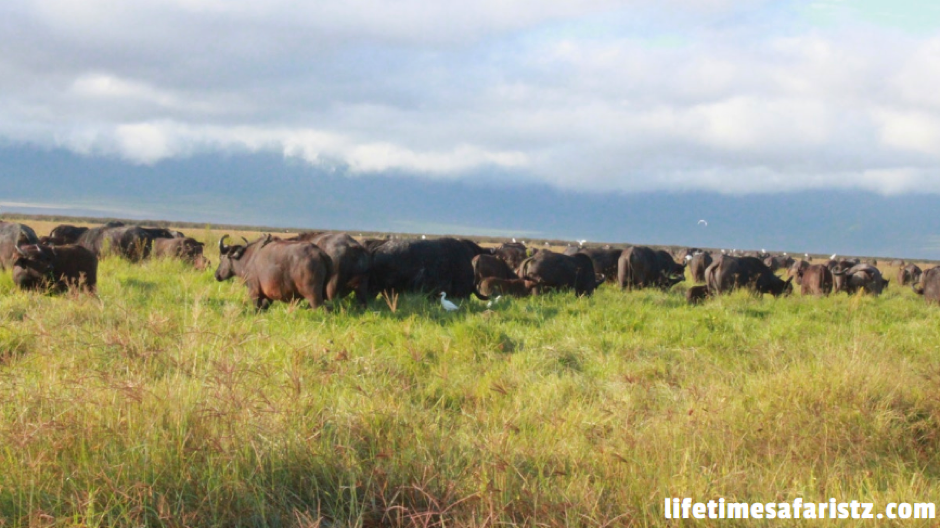 Serengeti National Park is the 2nd largest park of Tanzania with a land extended up to 14,000 Km supporting various ecosystems and species on it. You can find nearly 430 species of Animals, 1000 species of birds, 100 species of snake and 60,000 species of insects. So if you are an animal lover or adventure person then this park will make you rich with the natural surroundings of wildlife.

Here you can spot the big as well as the small 5, the populated and the rarest, the cool and the aggressive. Every type of animal can be viewed here and this place is mostly popular for two things the highest concentration of Lion and great wildebeest migration. 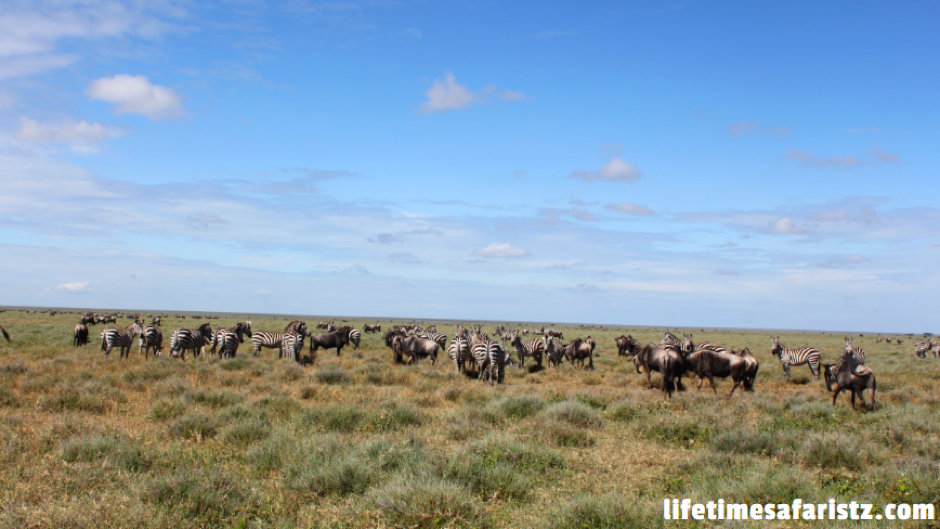 If you want to have Great Wildebeest Migration Safari then Serengeti is the best choice for you because throughout the year it experiences the vast herd of wildebeest with the Zebras and antelopes migrate at different corners over it. They start migrating from the end of the year and moves in a cyclic order without stopping. You can witness the huge number of cattle moving together in rush to save each other, in search of water and food as well as to give birth to their infants. 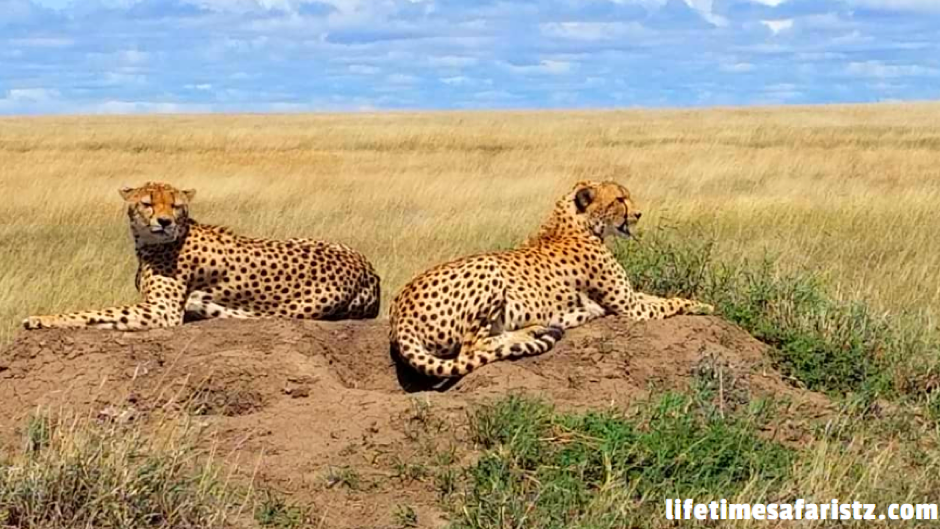 Witness the largest number of predators that consist of more than 3000 jungle kings together in a single field fighting for life. You can also see a higher rate of hyenas too moving in groups to hunt or grab on other’s prey. Serengeti is the large land of predators so you get yourself lost in the wilderness of the Jungle but the best thing about moving between this vast wildlife is they will not harm any human being. You can see them moving near to you as well as you can click their images during the Tanzania Safari Tours. 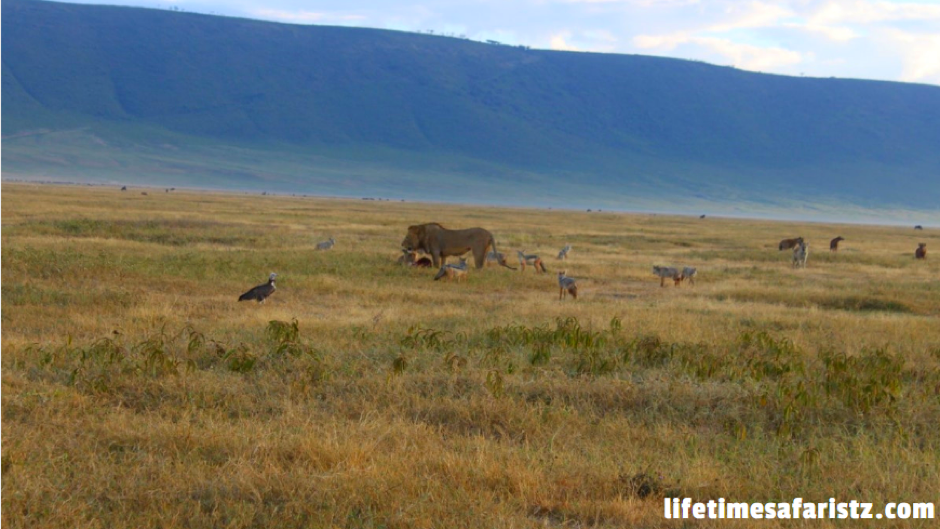 The best thing about Serengeti National Park is that it has been surrounded by more scenic wonders and areas which you can see during the Tanzania Safari. Serengeti is bordered by Kenya’s Massai Mara but doesn’t have any borders between them so that animals can migrate freely. Some other places like the Great Mount Kilimanjaro also can be seen if you go a bit more to the surrounding of the Serengeti as well as Tarangire National Park and Ngorongoro Conservation Area can also be seen along with this park.

Ngorongoro Crater which is also a part of Tanzania Safari Tours can be seen while visiting Serengeti National Park and if you visit both the places together then you can identify the big 5 of the jungle. Out of the big 5, some of them are rare ones like black rhino and leopard. The other 3 of the 5 including the elephants, Cape buffalo, and the king Lion can be sighed easily because of their population. Have the safari of both the regions and enjoy the exclusive safari of Tanzania.

After viewing the positive part of Serengeti National Park let’s have a glimpse of the cons of the park. If you focus on these properly then you will find that these are not the cons:

African Wild Dogs is one of the endangered species of the earth as well as you cannot find the on the vast plain lands of Serengeti, and there are two reasons behind it: 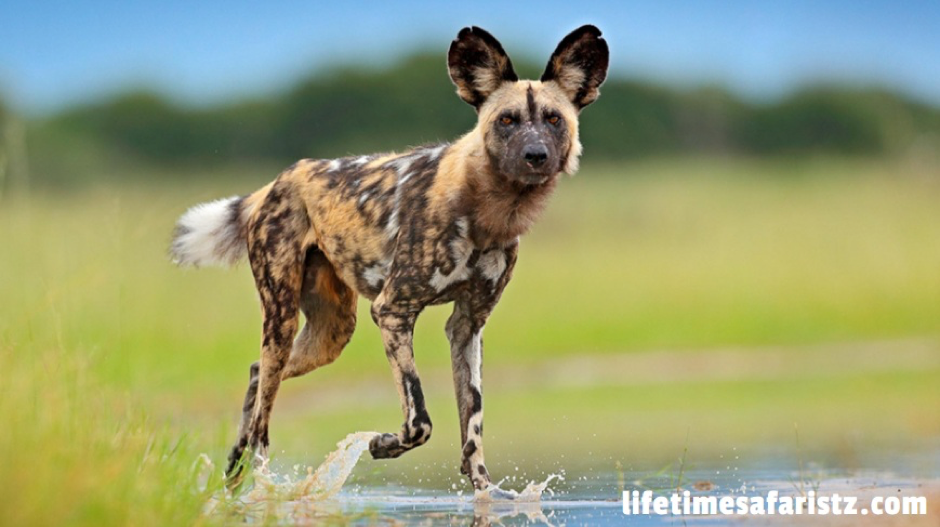 The lion is the king of the jungle as well as Serengeti National Park having the highest quantity of them so it also takes responsibility for the whole jungle so that the natural balance and food cycle can be maintained. But the wild dogs always try to hunt the animals without controlling their hunger. As well as they kill as much as it can and lions prevent it from doing this resulting in leaving the area of Serengeti.

In ancient times scientists use to research these animals so they tie a collar band on their neck which weakens their immune system. As a result of which they are getting infected by various diseases and decreasing in their number. 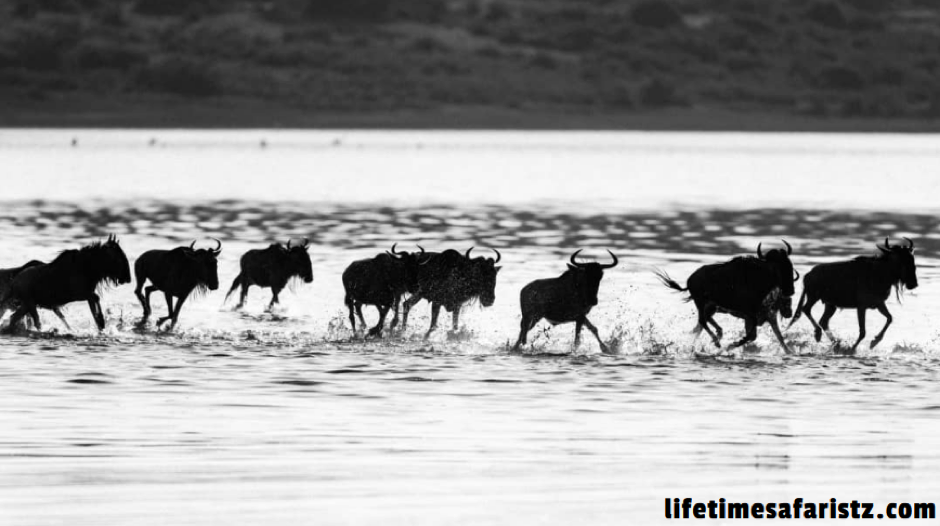 The best time to have the Great Wildebeest Migration Safari is during the rainy from November to January. The wildebeest migrates following the rain so if they can’t sense the rain at the particular time of the year then there are chances that you cannot witness this great event.

About the Author: agnes